Video conference held with the Office of the Prime Minister of Serbia and the Chinese Embassy, to discuss the future development of Ikarbus

On June 21, 2021, at the invitation of the Office of the Prime Minister of Serbia, Lanzhou Guangtong New Energy Automobile Co., Ltd., joined in a video conference on "The Future Development of Ikarbus". At the conference, Mr.Mihajlo Živković, Special Advisor to the Prime Minister of Serbia, Mr.Dragan Ugrcic, Assistant Minister of Economy of Serbia, Mr.Liu Kai, Counselor of the Chinese Embassy in Serbia, and Mr.Zhang Xinhao, Secretary of the Chinese Embassy were in attendance. And Mr.Yang Jian, Chairman of the Board, Mr.Gao Chao, Deputy General Manager and Ms.Wang Jinyan, Assistant Directer of Overseas Affairs Department also attended on behalf of Lanzhou Guangtong. 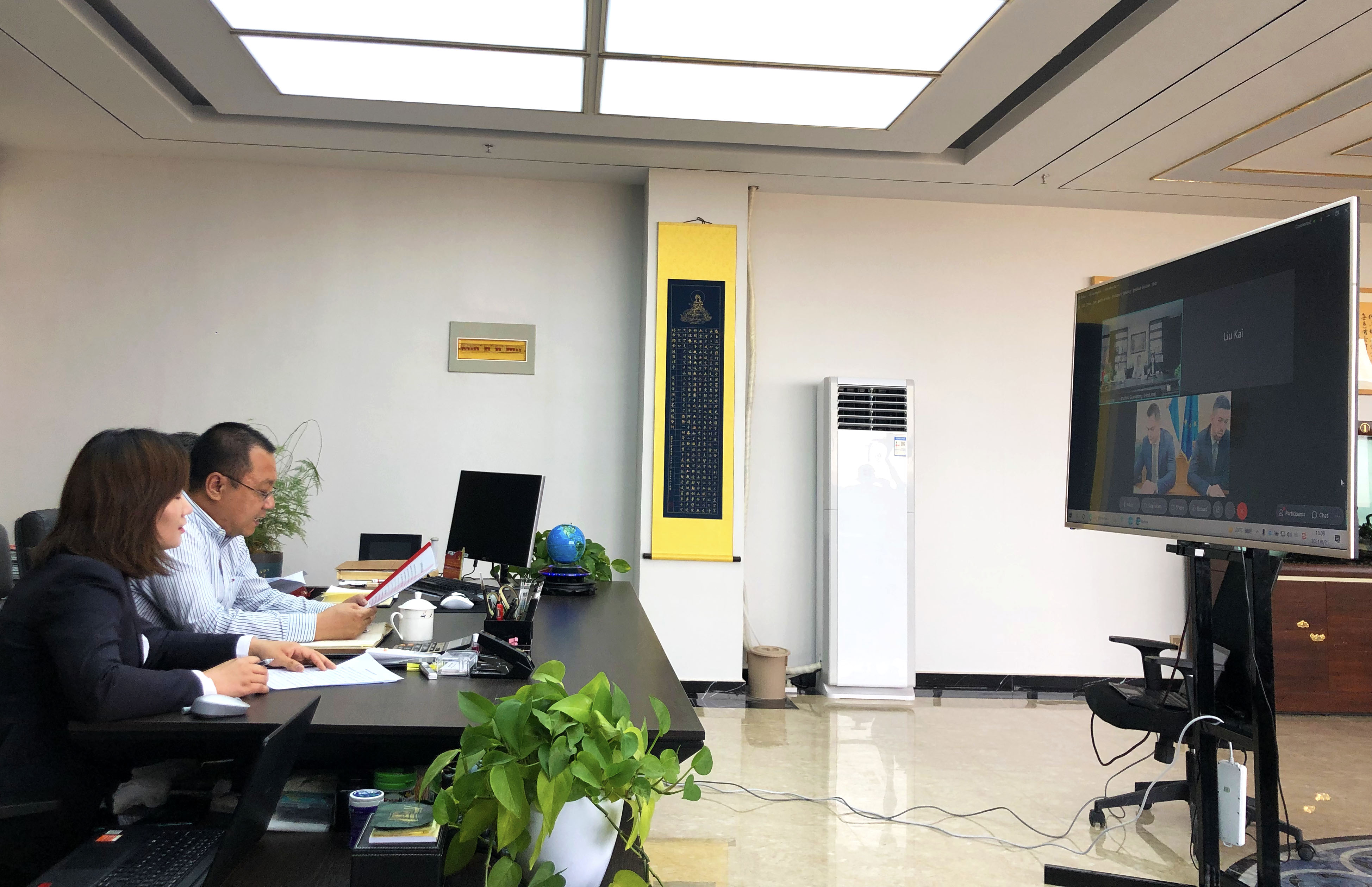 Previously, it is the background that Lanzhou Guangtong reported the development content and the policies for demanding support in details several times from October to December in 2020, as the request of Prime Minister’s Office. And after more than half a year of preparations, Ikarbus has got the achievements in stages in the progress of UPPR and preparations for resuming the production.

During the meeting, Mr.Yang Jian, Chairman of the Board of Lanzhou Guangton, expressed sincere greetings and his gratitude for the support and help provided in various aspects from the Serbian government and the Chinese Embassy in Serbia. In the same time, Mr.Yang Jian also emphasized that he would wish to find the solution to the problem of the updating and replacement of public transport vehicles in Serbia and neighboring countries, with the support of the “One Belt One Road Initiative”. Meanwhile, during such progress, there is no doubt that some historical opportunities would be provided for the development of Ikarbus.

In this regard, Mr.Mihajlo Živković, Special Advisor to the Prime Minister of Serbia, said that Serbian government attaches great importance to cooperation with Lanzhou Guangtong on Ikarbus Project. And the Serbian Government will also coordinate for solving the problems encountered by Lanzhou Guangtong as soon as possible, as well as to further develop the detailed plans to promote the development of Ikarbus. Furthermore, Mr.Liu Kai, the Counselor of the Chinese Embassy in Serbia, said that the embassy will continue to pay attention to the progress of cooperative projects between China and Serbia, Through maintaining communication and interactions, the Chinese Embassy in Serbia will consistently provide support and assistance for the works of UPPR and preparations for resuming the production of Ikarbus.

The convening of this meeting fully demonstrated the remarkable recognition and sincere attitude of the Serbian government and the Chinese Embassy in Serbia on the future development of Ikarbus. Under the care of the governments of the two countries, Lanzhou Guangtong will make full use of the brand and location advantages of Ikarbus to make purposeful business preparations for creating favorable conditions for resuming the production of Ikarbus in all respects this year.